Lessons on Agile Project Management From the Golden Gate Bridge 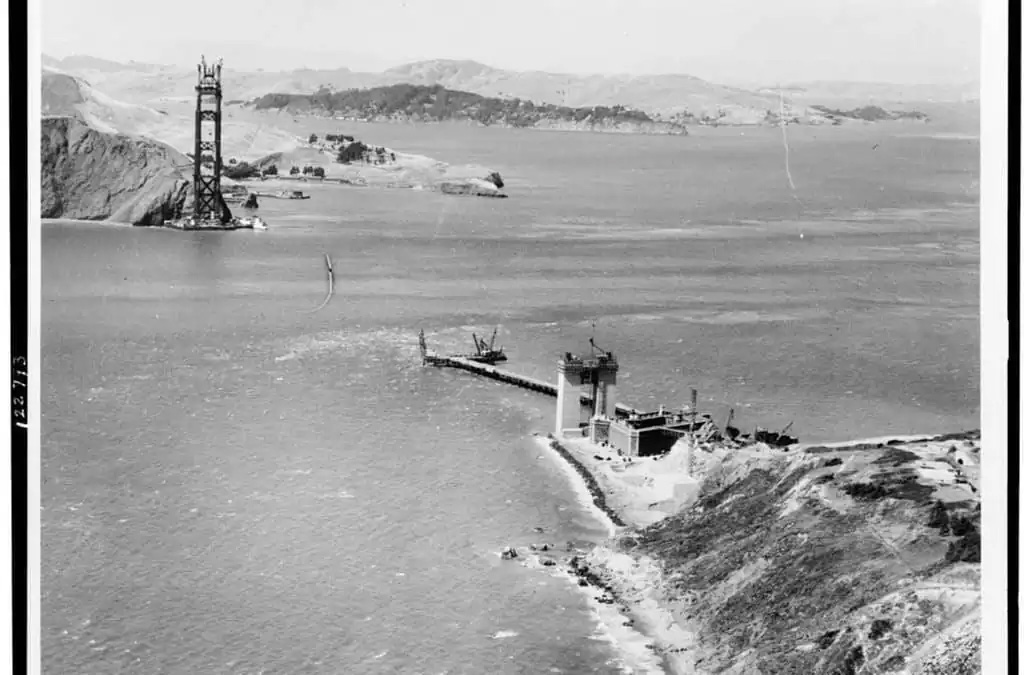 For more than one hundred years before the Golden Gate Bridge was built, people dreamed of a way to span the Golden Gate Strait, the entrance to the Pacific Ocean from San Francisco Bay. On May 28, 1937, after just over four years of construction, the 8,981- foot-long bridge—painted “International Orange” and sporting 600,000 rivets in each tower— opened for traffic. That day, The San Francisco Chronicle called it “A Thirty-Five Million-Dollar Steel Harp.”

How was the engineering marvel built in such a relatively short time? Looking closely at the process of how the iconic bridge was born, it’s not hard to see agile project management at work—long before agile came around. Here are three key principles of agile that helped create the bridge that, as the late historian Kevin Starr said, offers “enduring proof that human beings can alter the planet with reverence.”

Stakeholders and developers collaborated closely on a regular basis.

Joseph B. Strauss, a diminutive engineer with a giant ego, was the driving force behind the bridge. From the moment he submitted his sketches to San Francisco City Engineer Michael O’Shaughnessy in 1921 to the day the bridge opened 16 years later, Strauss worked day and night to gain support from countless people whose buy-in was critical for the project’s success. Strauss traveled throughout northern California promoting the bridge to communities that would be impacted. He helped create a special district to oversee the financing, design, and construction. He organized petition drives to get counties to join that district. Strauss campaigned tirelessly for a bond measure to help finance it, and he oversaw countless details of the bridge’s construction.

Although Strauss was reportedly an attention hog who wanted the majority of the credit even though others played highly significant roles, the bridge would not be here today without his ability to form teams, collaborate regularly, and make things happen.

Agility was enhanced through a continuous focus on technical excellence and proper design.

Choosing the color of the Golden Gate Bridge was a carefully considered process, spearheaded by Consulting Architect Irving Morrow. He conducted color studies and concluded that the best color would be one that blended well with the “nearby hills and contrasted with the ocean and sky,” according to goldengatebridge.org, the website for the Golden Gate Bridge Highway and Transportation District. Morrow consulted with architects, engineers, painters, and sculptors, according to goldengatebridge.org: “… Black was ruled out because it would reduce the scale more than any other color … Morrow rejected (gray) as the towers would be deprived of substance and made tiny.” Finally, Morrow concluded “ ‘International Orange’ ” would be “as pleasing as it is unusual in the realm of engineering.” Several years ago, then-Golden Gate Bridge spokesman Mary Currie told NPR that Morrow also had to “convince the (U.S.) Department of War, the permitting agency at the time, that the largest suspension bridge ever built should have this wild, crazy color.” But Morrow knew such a bold design move would not only be a technical decision but an emotional one, for the bridge’s color has helped make it one of the world’s most beloved landmarks.

Simplicity was an essential element.

The original design for the structure was a hybrid bridge with a suspension span that had cantilever trusses on each end. Much of the press and the public hated the original design. They called the huge trusses ugly, the design potentially unsound. Eventually, Strauss listened to his team. According to history.com, one of its members, Leon S. Moisseiff, “submitted a plan that scrapped the original hybrid design in favor of a suspension span capable of moving more than two feet laterally to withstand strong winds.” According to goldengate.org, Joseph B. Strauss was once asked how long the bridge would last. His response: “Forever.”

At PlanStreet, we believe what sets agile project management apart from other methodologies is its intention: to create work that stands the test of time. PlanStreet is a project management and collaboration software designed for fast-growing companies and those working with on-site and remote teams. Cloud-based and 100 percent secure, PlanStreet has everything you need under one hood. To learn how PlanStreet can help you replace confusion with clarity, go to https://www.planstreetinc.com.