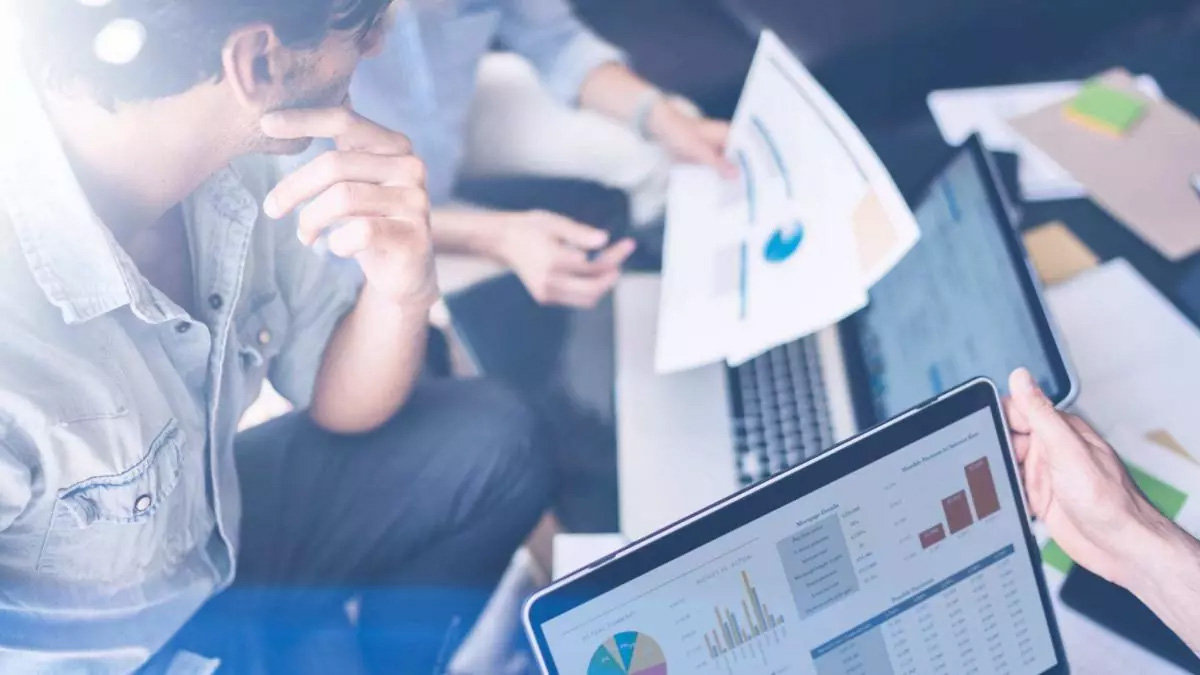 PlanStreet’s headquarters are located in a downtown area undergoing a building renaissance, like thousand of downtowns across the country. Mid-century modern commercial buildings are being redeveloped and updated, and single-family homes from the 1940s and 1950s are being rehabbed block by block.

Looking at how the buildings and homes are being modernized and updated is a great metaphor for project management, specifically one that uses a hybrid approach. With some projects, a traditional approach is best; with others, Agile leads. But there is a time when it works best to combine the approaches.

Let’s look at how a hybrid approach works best when it comes to real estate. When real estate investors in our area buy a commercial building to flip, the first part of their investment cycle is linear, a traditional project-management approach. They do things like assess their budget, research the market, and forecast their expenses against potential profit. Then they search for a property, using a traditional process of elimination. After buying one, the project-management process stays linear: investors make a list of repairs that need to be done ranked by priority, and subsequently research and find people to execute the work.

Here’s where the real-estate process moves into an Agile mode. It wouldn’t make sense for an investor to hire people sequentially to put in or refinish hardwood floors, tear out walls, paint, updated electrical, and install the HVAC. Instead, separate teams work simultaneously, each inside a sprint. The approach is necessary because a lot of money is on the line. The investor needs the property rented in order to meet the mortgage. A development cycle with a larger-scale, collaborative approach is essential. Meanwhile, collaborative communication is often employed through a general contractor who keeps the investor and the team updated regularly and on the same page.

When it comes time to rent the property, the project management approach moves back to a linear one: the place is advertised, potential renters or buyers view it, and when one wants it, a price is agreed upon and a contract drawn up. All said, Agile and traditional approaches have combined to make a successful deal.

PlanStreet’s lead project manager, Sean McLaughlin, happens to be a successful rehabber himself. “Sometimes you need a slotted screwdriver and sometimes you need a Phillips one,” he says. “But you don’t throw away one in order to use another.”

McLaughlin says that often people view one project management approach as better than another. Startups can view traditional as dated, and established companies can view Agile as disorganized. But often, a dual approach can serve a project best, according to McLaughlin, in the same way, a plane flies with two engines.

Let’s say we have a company called Panda Paint, which makes low-VOC paints for people with allergies and chemical sensitivities. They began as a bricks-and-mortar company back in the early 1990s, moved online during the dot-com era, and barely survived the last two recessions. They did so by slashing costs and staff and sticking solely to their core product line. After both recessions, Panda became even more conservative financially than it was when it first started. Every business move was analyzed and evaluated. Going slow and being certain of ROI became Panda’s mantra and method.

But now, with increased competition, apps, and online stores, Panda is seeing shrinkage in its core business. Its methodical processes are preventing Panda from taking advantage of rapid innovation. To keep and grow its customer base, Panda has to expand internationally, employing home delivery, and provide online tools for customers that provide virtual home décor. At the end of the day, Panda realizes it has to increase its velocity, yet take that risk in a deliberate way.

One of the products Panda decides to create is PandaMatch, an app for portable devices that allows customers to match Panda’s low-VOC paints with those of existing colors from other retailers.

When Panda’s Head of Product, Skip Lawrence, logs onto PlanStreet, he clicks the New Project tab and selects Traditional for the project type. The new project is named PandaVision Software Innovation Business Plan. Skip sets a due date from the calendar function that is one year from today. He also selects Project Manager, Teams, and defines the Key Phases. Phases include conducting market research and determining market opportunities, as well as the level of investment. The expected ROI is determined and a budget established for engaging software architects to complete PandaMatch. The company’s board signs off, and the next step is to organize a group of developers to build the app.

Now, Skip Lawrence logs onto PlanStreet and chooses the Agile option under the New Project tab. By doing so, Skip now moves to a tile view that permits him to do release planning, create Sprints and Sprint Goals, and create User Stories. One of the User Stories, for, example, in determining the software framework. Another is determining the cloud platform. From there, Panda is ready to start its first Sprint. User Stories are moved through the various stages of the Agile project management cycle, including Design, Build, and Test.

When the development cycle ends, the next step for the company is preparing the marketing launch. Skip Lawrence logs back into PlanStreet and chooses Traditional under the New Project tab. He creates Key Phases such as establishing help desk scripts, training employees, and updating the online catalog. Planning the marketing campaign lends itself more to a linear approach.

Panda’s past success was grounded in hard-won lessons about going slow and steady. So you can see how a hybrid approach combining traditional and Agile project management works in its favor. The company is able to preserve its past while embracing the tempo of modern software development.