What is NAPIS Reporting Compliance and Case Management Systems

Let’s Learn About It 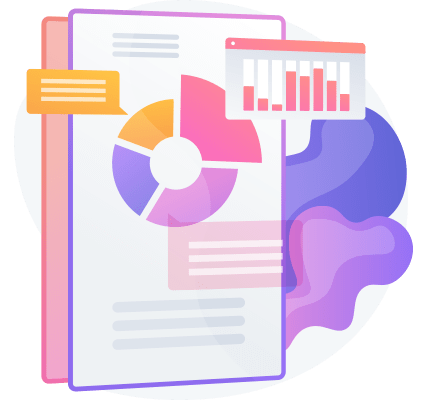 Over the past couple of decades, case management strategies have experienced a sea change. 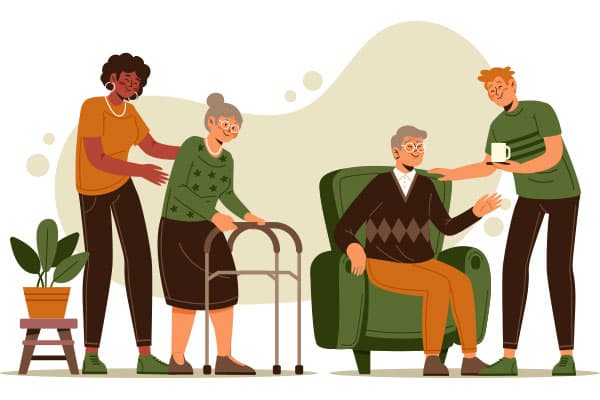 Nonprofits and other human services organizations are quickly transitioning from traditional methods to more advanced and efficient software solutions to manage their time intensive projects.

The Covid-19 pandemic in 2020 and 2021 has clearly accelerated large-scale migration to digital solutions for case management. As pandemic lockdowns brought life to a complete standstill, organizations that could continue working remotely not only survived, but thrived. Among the many capabilities in case management solution software products, the National Aging Program Information Systems (NAPIS) reporting compliance is a critical feature for local and state non-profit organizations. In this article, we’ll discuss NAPIS and its nuances. 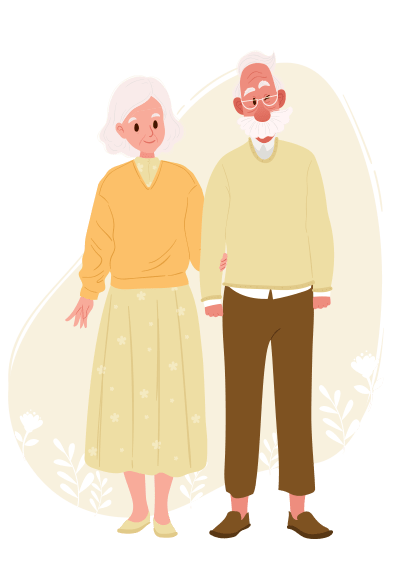 
This reporting is a critical piece in both understanding the needs and types of service for senior citizens and also obtaining funding for programs to help older citizens with access to basic community programs such as health & wellness, community support, and mental health. Hence, NAPIS reporting compliance is a must for any software solution for nonprofits today.
The origin of NAPIS reporting dates back to 1992 when upon reauthorization of the Older Americans Act (OAA), the Administration on Aging (AoA) was directed to enhance performance reporting on programs and services funded by the OA. When the Administration on Aging began to rethink the reporting criteria for all titles of the act, the concept of National Aging Program Information System (NAPIS) began to take shape. Thus, AoA’s internal information needs gave birth to NAPIS reporting.
But before we delve deeper into NAPIS, let’s first explore some of the terms used here, e.g. OAA, AoA, and ACL.

What is Older Americans Act (OAA)?

In the early 1960’s, politicians and stakeholders began to raise concerns about a lack of community social services for older people. In response, The United States Congress passed the Older Americans Act (OAA) in 1965.

Per the original legislation, the federal government would issue grants to individual states for community planning and social services, research and development projects, and personnel training in the field of aging.

To administer the newly created grant programs and serve as the federal focal point on matters concerning aging people, the Administration on Aging (AoA) was also created under the Older Americans Act (OAA).

What is Administration for
Community Living (ACL)?
The Administration for Community Living is part of the United States Department of Health and Human Services. It was created around the fundamental principle that older adults and people of all ages with disabilities should be able to live where they choose, with the people they choose, and with the ability to fully participate in their communities. Through funding and support of community-based organizations, ACL is able to realize its mission and invest in research, education, and innovation to boost supportive and enabling community living.

NAPIS reporting is a part of the requirements
The federal government and other national stakeholders hold NAPIS compliance in high regard for any state or local organization that with working to service the elderly population. For example, the Administration on Aging (AoA) requires the Department of Aging and Disability Services (DADS) to report program information in the National Aging Program Information System (NAPIS). Additionally, the Administration on Aging (AoA) also requires the Area Agencies on Aging (AAA) to collect, compile, and report the required NAPIS information to the Department.

What type of reporting is done through NAPIS?


All states and agencies on aging are obligated to comply with the Administration on Aging (AoA) reporting requirements.

Performance Data On Programs And Services

The performance data on programs and services is the first key type of data that a NAPIS report includes. This performance data is funded by the Older Americans Act (OAA). Virtually all programs that receive federal and state funds are expected to provide data that justifies the expense and shows how the money is being put to use in alignment with the organization’s mission.

Demographic/Descriptive Data On The Elderly Population

The second major type of data that NAPIS reports includes is demographic/descriptive data on the elderly population. It is obtained from the U.S. Census Bureau and other sources. This information is critical to determining the types of services and funding that organizations and states require.

Descriptive Data On The Infrastructure Of Home- And Community-Based Services

The third key type of data is descriptive data on the infrastructure of home- and community-based services. It assists older persons based on AoA studies and related reviews.

What Grant Programs use NAPIS Reporting?


The United States Administration on Aging administers a variety of Grant Programs for state and local efforts to develop solutions for older people and their caregivers.

Data and information on these programs is gathered through the NAPIS in collaboration with an aging network that includes 56 State Units on Aging, 655 Area Agencies on Aging, 244 Tribal organizations, and over 29,000 local community service organizations. The NAPIS data makes it possible for AoA to develop and determine information about services for the aging to Congress, state, and other stakeholders. The NAPIS database system has multiple components:

The State Program Report (SPR) includes population data, service profiles, and information on clients and staff for each state and territory.

The Senior Medicare Patrols Project (SMP) includes projects in all 50 states, Puerto Rico, and the District of Columbia. SPM project staff and volunteers receive and conduct an internal review of complex complaints from seniors who identify suspected healthcare errors, fraud, or abuse.

One of the core components of NAPIS reporting is Census data and other demographic information that helps the AoA, the state, and other stakeholders take timely and informed decisions for the wellbeing of the elderly.

What is Comprehensive Aging Reporting and Data System (CARDS)?


To support these critical data and information needs, AoA is re-designing the manner in which data and information is received, stored, and analyzes. The goal is to create a web based Comprehensive Aging Reporting and Data System (CARDS). The CARDS system has several lofty, long term-goals:

Capture, validate, and report on data, and serve as a decision-support system for AoA

Establish a web based, hosted database and decision-support system to be operational, initially for SPR, NORS, and information from the US Census Bureau. 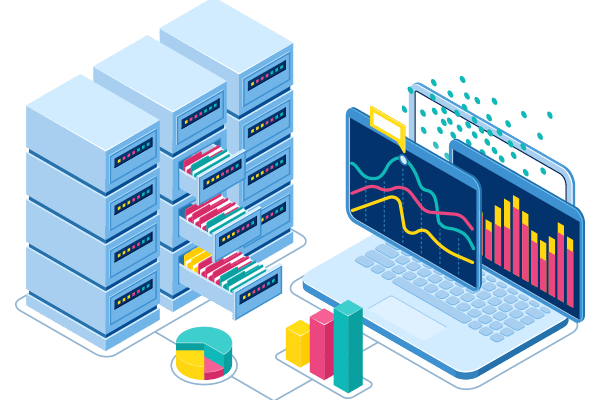 Why go for a NAPIS reporting compliant software for your nonprofit

If your nonprofit or human service organization serves the elderly, your processes must factor in NAPIS reporting compliance.
The United States Administration on Aging requires all caregivers of the elderly to be NAPIS reporting compliance which means your organization is also subject to those same requirements. Failure to comply can affect the flow of funding or support you need to continue serving the elderly.
There are a number of quality case management software solutions for nonprofits that offer NAPIS-compliant reporting. A little research should enable you to make the right pick when it comes to the perfect and compliant case management solution for your organization. 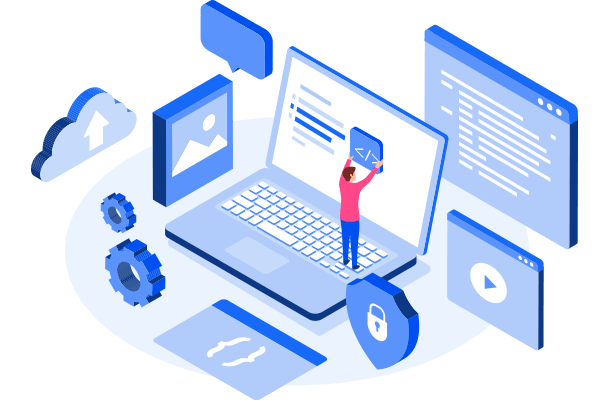 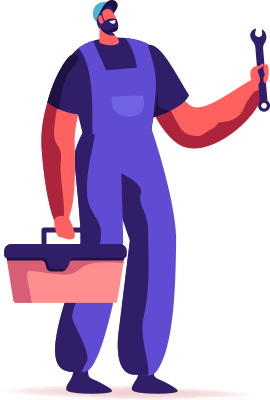 Take your services to the next level

A case management software that is customized to your nonprofit’s needs and is also NAPIS reporting compliant is precisely what you need take your services and organizational efficiencies to the next level.

In addition to automating routine and repetitive tasks, enhanced end-to-end collaboration and easy remote access to critical information will help you do more - and do it more efficiently!

Besides making your reporting NAPIS-compliant, the right case management solution will equip your human services organization with cutting-edge tools to improve collaboration, progress-tracking, and client and stakeholder management by folds. As the everyday tasks get automated and processes are streamlined, you get more time and energy to focus your team on what they do best - helping the aging population. The right case management solution will position your non-profit for growth, quality, and compliance.

We know that PlanStreet’s case management software will help groups or individuals within your organization to reach their goals.