Why Veteran Homelessness is an issue and how has it been addressed? 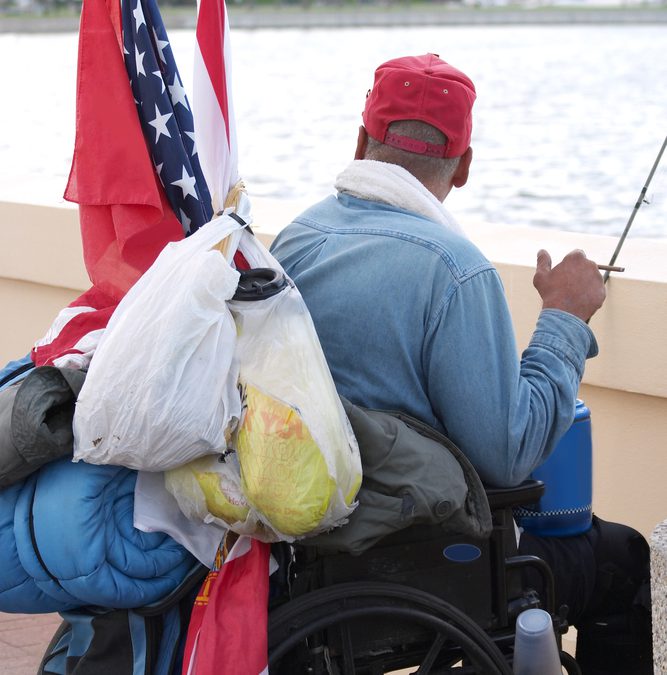 In the year 2020, over 500,000 people were experiencing homelessness on any given night, according to the National Alliance to End Homelessness. That means out of every 100,000 people there are 17 people without homes. Though there is one group of people that are experiencing a higher than average rate of homelessness, one who gave years of their life to serving their country, veterans.

Currently, there are 37,252 veterans experiencing homelessness, according to the U.S. Department of Housing and Urban Development. This would mean that veterans make up 8% of the homeless population, while veterans as a whole only make up about 6% of the entire U.S. population. These numbers can be hard to look at. These are men and women, of all backgrounds, who fought and gave years of their life for their country. They returned hoping to make a better life but were met with overwhelming problems leading to destitution. Though there lies the question, what is the cause for this statistical anomaly? 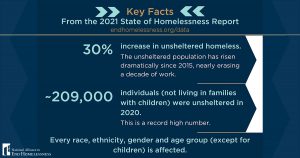 What are the causes of increased homelessness in Veterans?

The cause for it can be tricky to pin down, as the situation is complex, to say the least. Though, there are popularly accepted reasons for veteran homelessness, mainly PTSD and combat-related injuries. Though contrary to popular belief, there is no research supporting this theory. According to the research done by the Department of Veteran Affairs, “In 1991, NEPEC researchers found the proportion of homeless Veterans who had served in Vietnam and been exposed to combat was the same as among non-homeless Veterans”. It is claimed that veterans share many of the same risk factors of becoming homeless such as substance abuse, low income, and severe mental disorders.

If PTSD Is Not A Primary Reason for Increased Veteran Homelessness, Then What Is?

Though the Department of Veteran Affairs had gone on to point out that the higher rate of PTSD did not seem to play a significant role in homelessness due to “this may be because Veterans with these issues have special access to VA services designed to meet their needs”. Instead, the researchers had pointed to three reasons for the statistical anomaly; problematic military discharges, low military pay grade, and social isolation after their discharge from the military. The latter could prove a huge obstacle for veterans facing homelessness as it makes them ineligible for federal benefits.

Has the U.S. Done Anything to Address Veteran Homelessness In the Past Decade?

Though it looks bleak, it should be noted that the nation has made great strides in reducing homelessness among veterans. In fact, the homeless veteran population has been cut in half compared to 2010 when the Obama administration had made the issue one of its priorities.

What Has Been Done On The Government Level?

Government programs and charitable organizations had made this possible through a housing-first strategy. The Obama administration had adopted this strategy in 2012. Before veterans would have to prove that they were “housing ready” through long trials of treatments but instead treatment and other support services would be wrapped around veterans as they obtain and maintain permanent housing. According to the reports from the test trial of the Housing First initiative showed that

Though how exactly did non-profit organizations help cut veteran homelessness in half?

The National Coalition for Homeless Veterans’ mission statement states that they “will end homelessness among veterans by shaping public policy, promoting collaboration, and building the capacity of service providers”. They have served as the connecting point for veterans toward lawmakers, local organizations, and much-needed resources. According to their website, they have,

“ helped develop and increase funding for homeless veteran-specific programs such as the Homeless Veterans Reintegration Program and the VA Homeless Providers Grant and Per Diem Program, both of which are currently funded at their highest levels ever. We helped write and worked to ensure passage of the hallmark Homeless Veterans Comprehensive Assistance Act of 2001, which had the potential to provide $1 billion for homeless veteran service providers and programs. In the current Congress, in addition to various other measures, NCHV was instrumental in crafting and passing the Jeff Miller and Richard Blumenthal Veterans Health Care and Benefits Improvement Act of 2016”.

Though perhaps one of their and other non-profit organizations’ most understated tools in this pursuit is making the process of processing claims as easy as possible for veterans. By pointing them toward and assisting in filling the claims out, they are easing the burdens from those on the brink of destitution. Because of these organizations building this bridge, the rate of homelessness for veterans has been cut in half in the last decade.