The Epidemic of Domestic Violence, and its affect on Homelessness 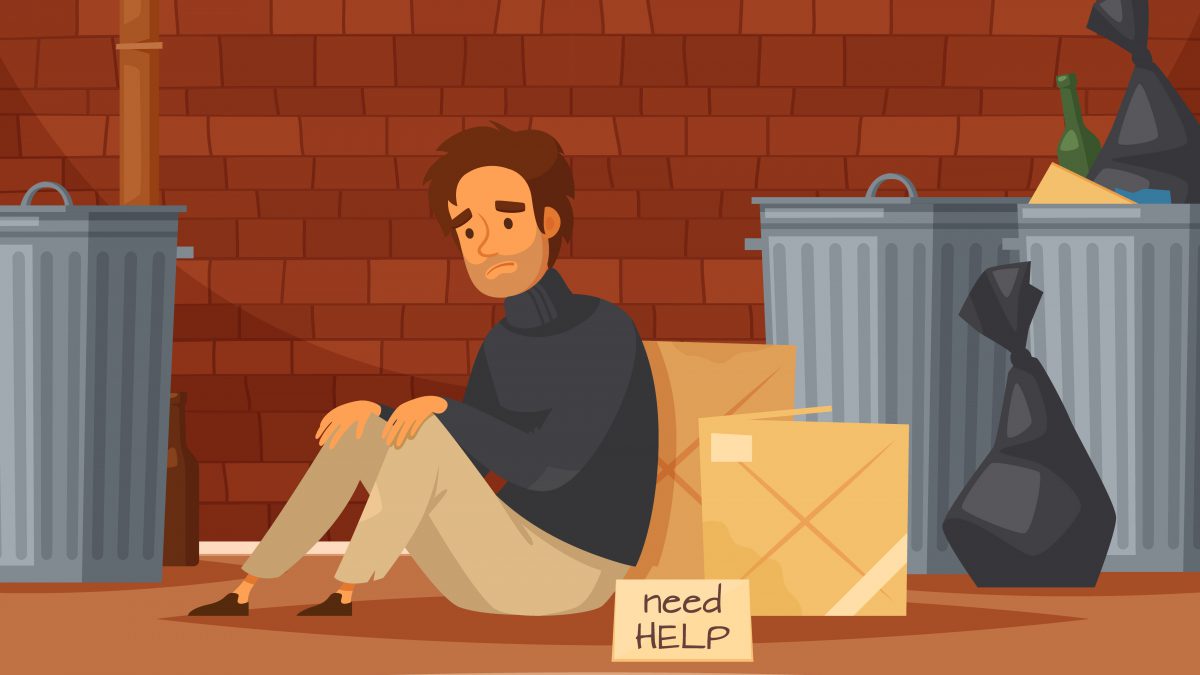 When talking about homelessness and its causes, there are many potential causes that people tend to point their hand to substance abuse, mental disability, and loss of income to name a few. Though one is very much distinguishable. One that study7 shows causes four times the odds of housing instability, domestic violence.

“Domestic abuse, also called “domestic violence” or “intimate partner violence”, can be defined as a pattern of behavior in any relationship that is used to gain or maintain power and control over an intimate partner. Abuse is physical, sexual, emotional, economic, or psychological actions or threats of actions that influence another person. This includes any behaviors that frighten, intimidate, terrorize, manipulate, hurt, humiliate, blame, injure, or wound someone. Domestic abuse can happen to anyone of any race, age, sexual orientation, religion, or gender. It can occur within a range of relationships including couples who are married, living together or dating.”

Domestic Violence can be defined as physical, sexual, or psychological harm by a current or former partner or spouse as well as by other family members, or by a partner’s family members. This type of violence does not discriminate, it can occur with any gender, sexuality, and does not even require any past or present intimacy between the abuser and the victim.

There are some key statistics to know about domestic violence and just how prevalent it is in society. According to the National Domestic Violence Hotline:

Domestic Violence and its Causation of Homelessness.

Research shows that domestic violence is commonly cited as the leading cause of homelessness for women, where one study found 38% of women reported becoming homeless immediately after separating from their partner. The National Sexual Violence Resource Center reported that thirty-eight percent of all domestic violence victims become homeless at some point in their lives. Additionally, according to a California study, women who experienced interpersonal violence in the last year had almost four times the odds of reporting housing instability than women who did not experience interpersonal violence. Though It is paramount to realize that there isn’t a one-size-fits-all explanation for this tragic trend. Though some ways that abusers directly cause their victims to go homeless are:

What Has been done to address Domestic Violence victim homelessness?

Though there have been multiple strategies and programs structured that have been proposed to address this, one has shone above the others as the primary treatment, Housing First Initiatives. According to the National Alliance To End Homelessness, Housing First initiatives are,

“ Housing First is a homeless assistance approach that prioritizes providing permanent housing to people experiencing homelessness, thus ending their homelessness and serving as a platform from which they can pursue personal goals and improve their quality of life. This approach is guided by the belief that people need basic necessities like food and a place to live before attending to anything less critical, such as getting a job, budgeting properly, or attending to substance use issues. Additionally, Housing First is based on the theory that client choice is valuable in housing selection and supportive service participation, and that exercising that choice is likely to make a client more successful in remaining housed and improving their life.”

Domestic Violence induced homelessness is different and should be treated differently due to the emotional damage victims are put through. That is why a modification Domestic Violence Victims Housing First (HVVHF) has introduced is Trauma-informed practice, or connecting the victims to specialists who can help treat survivors’ PTSD. The six parts of this practice are

THE FRUITS OF HOUSING FIRST INITIATIVES

The success of HVVHF is seen as quite promising and one that nonprofits and government organizations should look into prioritizing instead of programs where victims would need to check off a set of unfair requirements before being given housing assistance. According to an article from Cris Sullivan and Linda Olsen, both professors of Michigan State University, they cite the results of the beta tests of HVVHF programs by saying,

“The development of the DV Housing First model was informed by both practice-based evidence and evidence-based practice. A large, randomized controlled trial conducted in the 1990s had established that mobile advocacy leads to improvements in DV survivors’ ability to access community resources (including housing), social support, safety from abuse, and overall quality of life (Bybee & Sullivan, 2002; Sullivan & Bybee, 1999). Building on this earlier work, Niolon and colleagues (2009) longitudinally examined the role of housing stability in preventing revictimization and reducing negative outcomes for DV survivors and their children. That study, which included an examination of mobile advocacy and housing supports over time, found quite positive changes in women’s and children’s lives over 18 months. Women who were homeless or at high risk for homelessness when entering the study reported greater housing stability, higher quality of life, fewer absences from work, greater job stability, higher income, fewer problems with alcohol/drugs, less depression, and less PTSD over time. Their children missed fewer days of school, had better academic performance, and had fewer behavioral problems over time.

WSCADV’s evaluation of the DV Housing First model was similarly promising. The majority of families in both rural and urban communities reported being effective at accessing and retaining housing at 6, 12, and 18 months after program entry. Participants also reported increased safety and well-being. More rigorous evidence is needed to examine the impact of this model (and is currently in process), but evidence to date is quite promising.”